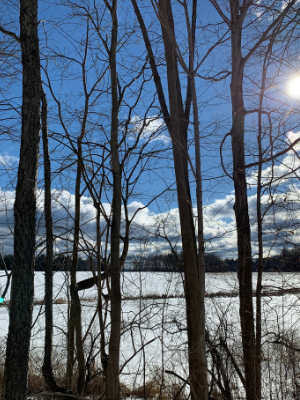 ~~~
About 200 years ago or so, pre-pandemic and pre-several-Kripalu-CEOs, I worked with a magnificently marvelous woman named Jodie.  We together ran a massive department at Kripalu called Ongoing Programs, which included R&R, the Yoga Team, the Dance Team, the Who-Even-Knew-What-Other-Teams.

It brought new meaning to the concept of “ongoing”.

From early morning yoga classes to evening concerts, the classes never stopped.  That roller coaster ride was the doorway to magic for me.  The teachings, the legacy of Swami Kripalu lived and vibrated in the program rooms constantly.  I saw my job as both stewarding the teachings while making them accessible to all our guests, no matter the medium of transmission, be it yoga on the mat, an evening concert, a workshop, wacky and wild drumming/dancing—whatever.

This moment in time was just the other side of the post-ashram /pre-corporate Kripalu, so Jodie and I had free and wonderful reign to make stuff up for this huge area as we went along.

Make stuff up?  Yes, with a dose of integrity and a tad of thought, yep, we made stuff up.

Let me tell you what I mean.

Chanukah?  No problem.  I’d write up a one-pager about Chanukah from a yogic perspective.  No Marketing department had to approve the fonts and no curriculum director had to sign off on its ideas.

Put some latkas, potato pancakes, on the food line

It was ours to create.

And It was beyond-uber-fun to work with Jodie.  We did a pretty darn good job with what we had and rocked each other’s worlds with laughter.

Jodie was so irreverent, a truth-teller of Class AAAA+.  She would simply call it, whatever It was, as it was.  But it was her humor, which coated the truth with belly-aching, side-splitting, out-of-control laughter.
Her expressions, wide-eyed innocence, amusing language with a strong dose of inner dignity—

In those days, Jodie had a favorite mantra.  Rolling her eyes to the heavens, confronting the Gods and Monsters that Be, she would make a fist, raise it into the air, and from the depth of her soul, speak it:

You had to be there.

The truth of it, yep, there are bastards, and yep, shitty things happen.  Woven into that truth was her expressive, big-eyed, sassily-speaking amusement about it—which nobody else probably would have said aloud, while many were thinking—she just nailed it.

She stuck the landing.

She nailed the truth in a way that it both landed and opened the door to the next moment.

Being able to laugh at it made it palatable, livable, and out-livable.

Which brings me to Anne Lamott.

She is a personal hero of mine.

Her writing, her depth, her faith, her capacity, like Jodie, to just call the bullshit, but in a way that moves it forward and frees us of it, is wonderous.

It is educational.
It is spiritual.
It is blessed.
It is healing.

I have loved Anne’s non-fiction, learned from her pain along with her glorious celebration of life.  I would like to share her with you here, from a Ted Talk of hers.  Please give yourself this gift:

~~~
“12 Truths I Learned from Life and Writing”
Anne Lamott

~~~
Dear Friends, on your hero’s journey, what do you know to be true?  Or, as Anne says, “that which you are almost positive about”?

I am almost positive that—

Please send in your responses—I would love to share them with you.

~~~
Dear Friends—
As we find our way
Into March,
May we
Breathe
Relax
And
Be

With the
Softening
Light,

With the
Warming
Sun,

With the
Longer
Days.

We got this.
One day at a time.

Your payment will indicate your registration.